Ayurveda is India’s contribution to the world in the field of medicine. Ayurveda has been in practice from time immemorial. Even though there are some references about Ayurveda in ancient texts and Vedas, the exact time period at which the practice started is still a topic of debate among the experts.

Ayurveda is a way of living for holistic well being of an individual; it is not just a treatment. The aim of Ayurveda is to prevent diseases and to preserve life (Swasthasya Swasthyarakshnam) by eliminating the root cause of the disease. Ayurveda is based on the premise that, not only the cosmic system, but also the human body has the ‘Pancha Mahabhutas’-prithvi,ap,tejas,vayu and akasha. These elements are represented in a human body in the form of three “doshas”, called as “tridosha”- Vata, Pitta and Kapha.

According to the principle of Tridosha, a perfect balance of these three doshas is necessary for a healthy body and mind.The imbalance of any of these disturbs the equilibrium, resulting in a weak body and a fragile heart.

In Kerala, Ayurveda has been in practice since ancient times.Owing to the sublime geography and pleasant climate, Kerala has become the primary destination for Ayurveda for people all around the globe.Ayurveda is a popular mode of treatment in Kerala and the most preferred among alternate modes of treatment. Ayurveda is best flourished here as Kerala has the best practitioners and physicians who follows the authentic methods which have been passed down their lineage. While reviewing the history and evolution of Ayurveda in Kerala, it is important to note the role played by ‘Ashta Vaidyas’. 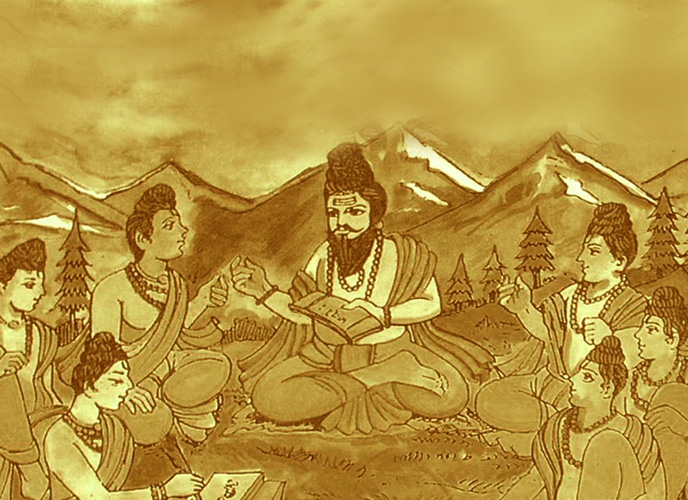 The Ayurvedic medicine and treatment in Kerala was popularized and protected as a family tradition by a group of physicians named as “Ashta Vaidyans”. It is believed that a group of Kerala Brahmins, under Parasurama known as “ the Namboothiris” were divided into 32 villages , and further divided into 18 sub groups called as “Sabha Madoms”. The aim of these was to facilitate proper training in Vedas and Shastras.

These Madom followed a unique hierarchy. Each Madom had a chief physician, who was called as “Mooppan” or “ Mooss”. The knowledge was passed verbally and under the guidance of Mooss, the physicians mastered the art of Ayurveda. It was thus passed down the lineage from a generations to next generation. There are references about this in “Keralam” by Kodungallur Kunjikuttan Thampuran (Kerala Kavyam Stanza 34 and 35) . These 18 families were instrumental in practicing, protecting and popularizing Ayurveda in Kerala.Some are of the belief that the term Ashta Vaidya derived from Ashtanga Hrudaya, meaning physicians who have mastered Ashtanga Hrudaya and some believe that they were called Ashta Vaidya as they mastered the ‘ashtanga’ or eight branches of Ayurveda. Yet another belief behind the origin of the term is that, they were called so since they belong to 18 Madoms.

As Ashta Vaidyans used to carry out surgery and postmortem, they were not given an equal status to that of Brahmin’s. They were not allowed to enter Yaga salas where religious rituals like Yagas and Homams were performed. They were ,however, given separate residences near the Yaga salas, so that their services could be used for treating the priests attending the Yaga. The Ashta Vaidyan worshipped Lord Dhanwanthari and came to be known in different forms as Dhanwanthari,